Thomas County is the crossroads of US Hwy 83 and NE Hwy 2 for many Sandhills travelers.  All of Thomas County is Sandhills country.  Here the grass stabilized dunes are like a great rolling sea with dunes as high as 400 ft and as long as 20 miles.  The Sandhills were formed by blowing sand during the last 8,000 years of less.  It is one of Nebraska’s and the world’s most unique ecosystems. 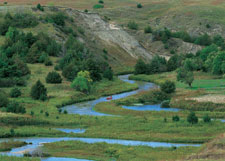 The Dismal and Middle Loup Rivers (both part of the Loup River system) run through Thomas County.  Loup come from the French translation of the Pawnee word “wolf.” It has been noted that the Loup River system is the most constant flowing river system in the world.  These rivers provide recreational opportunities and invaluable habitat for wildlife and water fowl.

The Middle Loup River is spring fed. Beginning in Cherry County and flowing through Hooker County, it cuts through the middle of Thomas County ranches and is also the northern border of the Nebraska National Forest, Bessey Ranger District. People looking for an afternoon on the river can paddle or float, via canoe, kayak, tube or the most unique Sandhills experience “tanking,” floating in a 8 or 9 ft round livestock tank.

The Dismal River is spring fed with boiling vertical springs and seeps that churn up this shallow sandy river bottom. The Dismal River winds through private lands and along the southern border of the Nebraska National Forest, Bessey Ranger District.  It joins the Middle Loup River east of Dunning.  It is a swift river with winding channels, natural obstacles, barb wire fences, and very limited access making it  Nebraska’s most challenging waterway 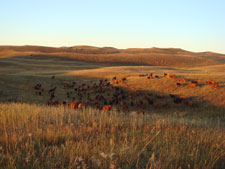 Thomas County is cattle country. Not suitable for farming, this fragile land has benefited from the “hoof action” of cattle compressing grasses and seeds into the mostly sandy soil. The rolling hills provide great protection for the herds from winter winds and the variety of native prairie grasses provide good nutrition. Ranching is the primary way of life for the residents of Thomas County and the area’s beef is among the highest quality in the nation. Stop by a local restaurant for a great Nebraska steak.

The Sandhills cover all of Thomas County with highly permeable sand dunes sitting on top of thick, permeable deposits of sand and sand and gravel thus, providing a unique combination of the opt-repeated pattern of a dry, dune-top prairie eco-system situated immediately adjacent to a wetland, lake, or constantly flowing stream.  Though the climate is dry, the high permeability of the sandy soils and of the sands and gravels of the underlying deposits has allowed for the percolation and accumulation of a vast quantity of ground water.  The top of this groundwater reservoir may be hundreds of feet below a dune top but often occurs above the floor of the interdunal valleys.  This is how plants and animals typical of semiarid habitats exist alongside marsh and lake inhabitants.

The Sandhills is the major recharge zone for the Ogallala Aquifer.  The lakes and ponds in Thomas County help in the replenishment. The aquifer extends the length of the Great Plains from South Dakota to Texas.  One of the world’s largest aquifers, it covers an area of approximately 174,000 mi2. The aquifer is part of the High Plains Aquifer System, and rests on the Ogallala Formation, which is the principal geologic unit underlying 80 percent of the High Plains. The recharge provided by the Sandhills region is critical considering that over a quarter of the irrigated farmland in the U.S. depends on the Ogallala.

As the largest and most intricate wetland ecosystem in the United States, the Sandhills contain a large array of plant and animal life.  Minimal crop production has led to limited land fragmentation; the resulting extensive and continuous habitat for plant and animal species has largely preserved the biodiversity of the area.  The geological position of the Sandhills also contributes to the life forms found in the area.

In Thomas County you have the opportunity to see over 300 species of birds. The open landscape and endless views lead to some of the most scenic bird watching and hunting areas in Nebraska. The rolling grasslands surrounded by sand dunes support a number of species including greater prairie-chickens, sharp-tailed grouse, upland sandpipers, burrowing owls, long-billed curlews, horned larks, and western meadowlarks. Bald eagles and trumpeter swans are seen along the Middle Loup and Dismal Rivers. Turkeys have been reintroduced to the Sandhills and are quite a common site now, especially along the rivers, creeks and deep canyons. There are both Merriam and Rio Grand species in the Sandhills.

One of the premier bird watching activities is to watch the Greater Prairie Chickens in their “Booming Dance.” There’s public access at the Nebraska National Forest. 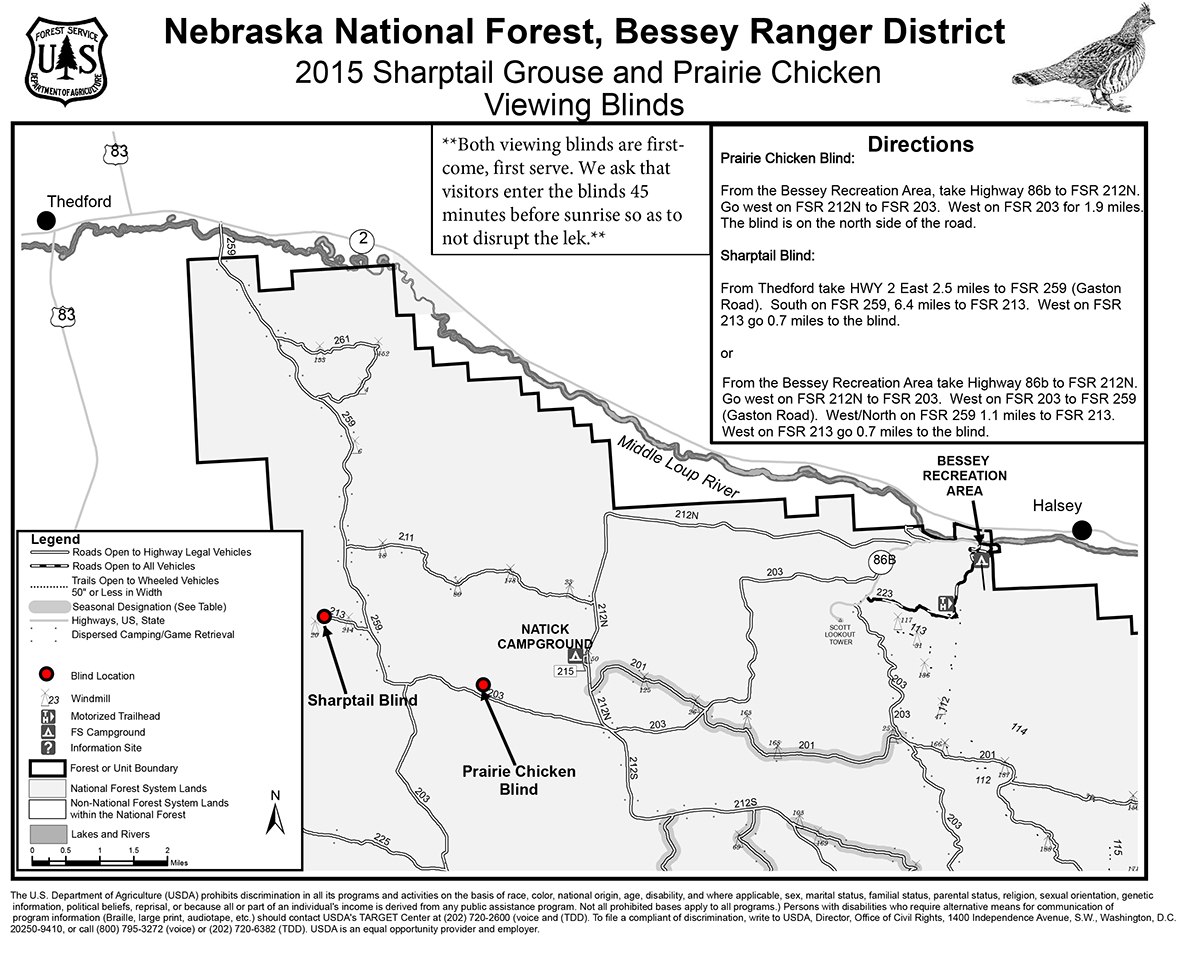 History
Thomas County’s early development can be tied directly to the westward advancement of the railroad. As a result, the county’s early history dates back only to the 1880s. The first homestead claim in this area was filed in 1880. Prior to the county being organized, this area in the heart of the Nebraska Sandhills was primarily open range pasture land used by cattlemen who brought their herds north from Texas to sell to the government. The government used the beef to feed the Indians on reservations in South Dakota. 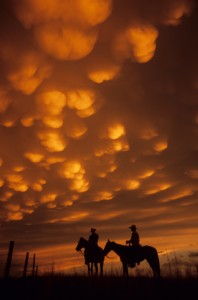 But it was the railroad which played the most prominent role in the county’s development as it followed the Middle Loup River. In 1887-88 the Chicago, Burlington and Quincy line stretched from the county’s east to west boundaries. Along the route the railroad designated five stations: Norway, Natick, Halsey, Thedford and Seneca. The latter three eventually became the county’s only settlements.

Thedford was designated as the county seat when the county was organized. In 1887, the year the railroad line reached the settlement, a post office opened. About the same time the county’s first courthouse was built. It would be replaced in 1922 by the present courthouse.

Passage of the Kinkaid Act in 1904 had a big impact on Thomas County. In the 1890 census, only 517 residents were reported. With the Kinkaid Act many new settlers came to the area in hopes of farming the 640 acres of land they received. The county’s all-time high population of 1,773 residents was recorded in 1920. But since the region was not conducive to farming, many of these “Kinkaiders” left the area by 1930. Those who remained bought the abandoned homesteads and created large ranches.